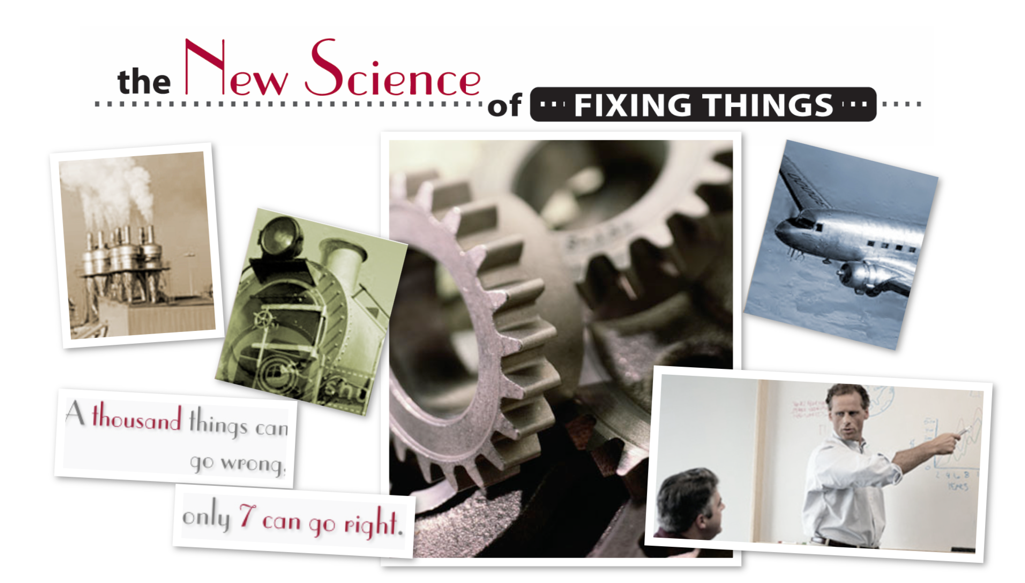 “We have been working on this for years and not been able to figure it out.  Why do you think this guy from The New Science of Fixing Things can do it?”

The plant manager had faith in his managers, one of whom we had worked for in the past, thus allowed him to engage us on this important project. I had worked with this good man while he was at another company several years ago.  A company that made gearboxes in China for wind turbines had a problem a group of engineers couldn’t figure out.  We solved that one in just over a week, as I recall, and we figured out one more in the course of the project that reduced final testing time by about half.

I thought I could figure this new one out in three days.  It was a chronic manufacturing problem in polymer processing I had never seen.  It happened a couple of times a day, rarely more, causing a complicated process to shut down.  Restarting the line took a bit of time, and the scrap had to be sorted carefully.  The problem could occur in multiple lines, leading people to think it had something to do with the material input.  It didn’t.

They had created a fishbone diagram before I arrived in which I had no interest.  Well, I did look after we were finished at the end of the second day.  The plant manager realized that nothing on the fishbone diagram of 100 or so guesses was anywhere near the mark.  One guy had a long presentation.  He got to a slide showing that the incidents of failures followed a Poisson distribution.  That’s when I threw my hands up and said, “ENOUGH!”

How is it that our company, The New Science of Fixing Things can solve such problems so fast and have been doing so for years?  Why is it that people are surprised when we do it again and again?

Perhaps senior managers should not be so surprised at what The New Science of Fixing Things can do, but rather that their people cannot. After all, what we do is rather simple, and based on a few fundamental principles.  And in most circumstances, we don’t hold seminars, but rather workshops, where you pick the projects and we work with your teams to find the causal explanation for what’s happening.

Workshops are more fun, fast, and pay for themselves out of the blocks. Instead of just teaching seminars and leaving, we train people to do what we do.

A few weeks ago, I was invited to a foundry by the vice president who asked me to hold a workshop. I had worked for him in the past, and he reminded me of a project I had forgotten about which, if not completed fast, would have postponed the release of a new automobile.   It was 25 years ago.

Since he was confident of our ability, he asked his folks to select ten chronic problems.  Of the ten projects, we could work on six because of logistics. We assigned teams of two or three people to each one. (We always keep teams small for speed and efficiency.  More than three, you have a committee, and make about a much progress as the government.)

I explained just enough so each team got the idea of what to do, then helped execute the search, emphasizing that your job is not to solve the problem but rather to learn one thing every day about the physics of function and failed function in a search for a causal explanation.

We don’t give you a year to finish two projects.  We don’t come in and charge a fortune to do an interview and hand out a colored belt or give you a secret password to join a club.  We expect projects to be finished by the end of the week. We don’t ask you to sign anything, as we don’t claim secrecy for what we do.

We just fix things and train your people to do what we do.

Oh.  I almost forgot!  We had a causal explanation for each of the six projects by the end of that week.

The New Science of Fixing Things

View all posts by John Allen